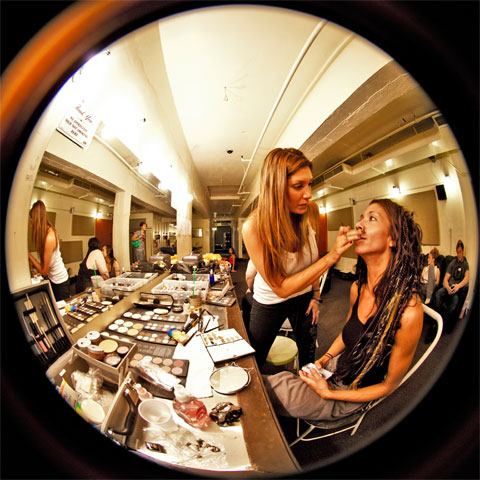 The fall of 2009 was a busy season for pole dance competitions all over the world including the two USPDF competitions in the US: East and West Coast Regional Competitions 2009.

The two competitions, held two weeks apart in Charlottesville, VA and North Hollywood, CA, were highly anticipated events as they served as preliminary competitions for the annual USPDF national championship in March 2010.

The USPDF also had the honor to work with two representatives for each of the regional competitions. East Coast rep Samantha Jones from the studio “E-Fit Dance” in Charlottesville, VA and West Coast rep Michula Nunez from “Antix Fitness” studio in Redlands, CA. The reps did an incredible job finding venues and organizing local studios, media and businesses both for the event and the after party.

Twenty-four competitors, twelve for each regional competition, performed two routines in front of hundreds of viewers. All competitors were picked from a pool of closer to one hundred applicants. Some of them were first-time competitors such as Natasha Wang and Eksupar Tongsri, while some were pole veterans like Caterina Gennaro, Jessalynn Medairy, Lauren Goldstein and Gabrielle Valliere who participated the USPDF national competition in March 2009.

Experienced or not, the energy and excitement had all the competitors keyed up, going over music and moves as they spread out in dressing rooms, hallways and on stage. Some lied down on floor shutting out their surroundings with their headphones. Occasionally you would see an arm or a leg fly up in the air marking cues in the music. Others took the practice to the poles set up on stage and in the dressing room, whereas some simply engaged in casual conversations with fellow competitors trying to keep their nerves in check.

Aside from regional pole fans, friends and family, the competitions also attracted some new and curious faces pleasantly surprised by the acrobatic and artistic skills on display. There were many innovative moves and combinations that were impressive, as well as some signature moves from each competition. The East Coast’s inner thigh hold layout to the twisted grip handstand was popula, as well as drop moves such as into splits. The West Coast contingent leaned towards variations of the trap invert holds, and “peeling off” the ground up into the twisted grip handstand. The viewers were treated to the full spectrum of pole dancing from the powerful, experimental East Coast to the sleek and mesmerizing West coast.

But the competitions’ big moments belonged to winners Karol Helms (East Coast) and Amber Richard (West Coast) who performed with extraordinary grace, that made their unique pole dancing style and technique look effortless. Karol’s dynamic transitions and floor moves tied in perfectly with Seether’s slow rock song.  She showed off her fierce combinations of poses moving down and around the pole, including her famous signature “superman drop.” And on the West coast, Amber pulled an energetic routine together, taking full advantage of her background as a professional dancer. In between handstands, inverts, and playful spins, Amber seamlessly incorporated hints of Fosse, lyrical jazz and modern dance into the Jack White and Alicia Keyes’ James Bond theme.

The regional winners, Karol Helms and Amber Richard, automatically got themselves a spot in USPDF’s annual “US Pole Dance Championship 2010” on March 19, 2010 in New York City. They will both be competing with an additional ten girls, all in the USPDF Pro Status category, to claim the title of  “US Pole Dance Champion 2010” which is presently held by Jenyne Butterfly.

2009 was an amazing year for the USPDF, who was fortunate to work with highly talented and professional dancers. All competitors greatly contributed making pole dancing a competitive sport, and a masterful art form. The USPDF is looking forward to more inspiring competitions in 2010.