The Verdict is Out: Size Matters

Home The Verdict is Out: Size Matters 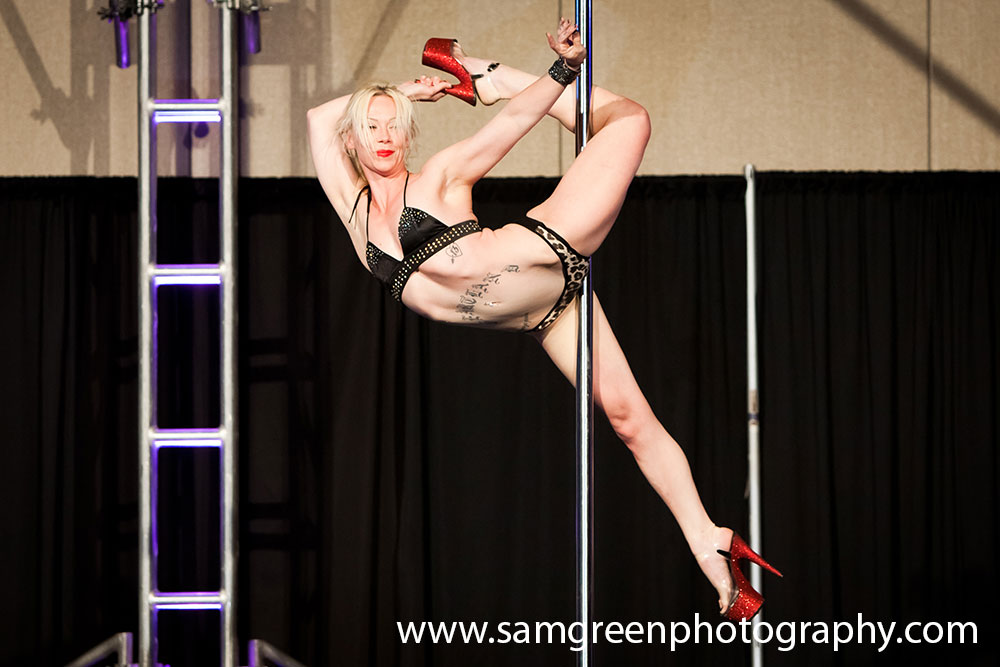 The saying goes that ladies who claim that “size doesn’t matter” are either lying or don’t know any better.  Alethea Austin has no reason to lie and after traveling the world and to pole studios as USPDF Champion 2010, she has as much experience as anyone.  When it comes to pole dancing Alethea is emphatic: size matters and in a big way.

On a sleepy Sunday morning in the Pole Pressure Lounge on the last day of the 2011 International Pole Convention a small crowd listened to Alethea’s findings and observations on pole size and composition.

“I tried to do what I saw Australian girls do and I just couldn’t do it, I couldn’t figure it out,” Alethea explained, “until I got there and used their poles.”  The smaller diameter poles made moves and transitions possible that were not possible with larger diameter poles.

While it is slowly changing and with exception, US studios typically use 50mm (2 inch) poles.  European studios lean toward 45mm (1 ¾ inch) poles, as do Australians. Worldwide, diameters as low as 40mm can be found with some regularity and even some are using poles as slim as 38mm.

As far as what the dancer can and can’t do in relation to pole diameter is about finding the balance.  Leg holds are generally easier with larger diameter poles, while moves that require more hand strength are typically easier with smaller poles, according to Alethea.  Furthermore, if the dancer is planning to compete she should be comfortable with the pole size that will be used at the competition.

The ability and ease in which a dancer can complete a move are far from the only differences Alethea has discovered in pole diameters. In fact more importantly, Alethea explains that pole diameter affects the body’s musculature. “When I use the 50 [mm] a lot, my shoulders get broader and my back abs get bigger, when I go back to a smaller pole I go back to my normal size.”

Furthermore, in her judgment, Alethea thinks that dancers that use larger diameter poles can be more prone to upper-body injuries. She has seen nagging shoulder and upper-back injuries persist in dancers that use the same pole diameter, while those that switch to a smaller diameter often find relief from their injuries sooner.

As far as composition goes, some poles can be a little on the slippery side while some poles may be a touch too sticky and it turns clothes black.