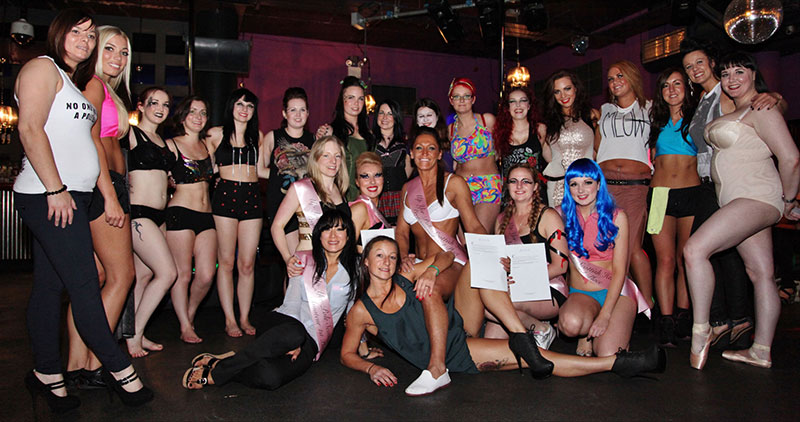 The night was a huge success, pulling in large crowds of supporters from all over Scotland and England. We’d like to say a huge thanks to Pole2Pole Magazine for letting us host this event year after year and for bringing the opportunity for competitors to enter one of the largest amateur and professional pole competitions currently being run.

Our judges on the night brought a wealth of knowledge and experience with them and all contestants were delighted with their scores and productive feedback to help get them ready for entering next year. We had Sonia Allcock all the way from Wales and winner of North Wales Pole Dance Competition 2010, Heidi Hildersley – the British Isles Pole Dance Champion 2012 Winner, Tiff McRory – owner of Pole Physique, Rose Wallace – owner of Pole Devils and Misty Ann Carter – dance choreographer.

We raised £215 on the night for Alzheimers Research UK. A big thank you to all those who donated.

The winner of the amateur category was Nina Hackley with a show-stopping performance and a close 2nd place was Tarren Smarr with a well choreographed and themed routine which captivated the audience. The winner of the professional category was Cherry and 2nd place was awarded to Rose Wallace. We look forward to seeing both Cherry and Rose battle it out at the finals on Friday 19th October 2012 at the Civic Hall in Grays, Essex.