The Dancing Spires of Oxford

Home The Dancing Spires of Oxford 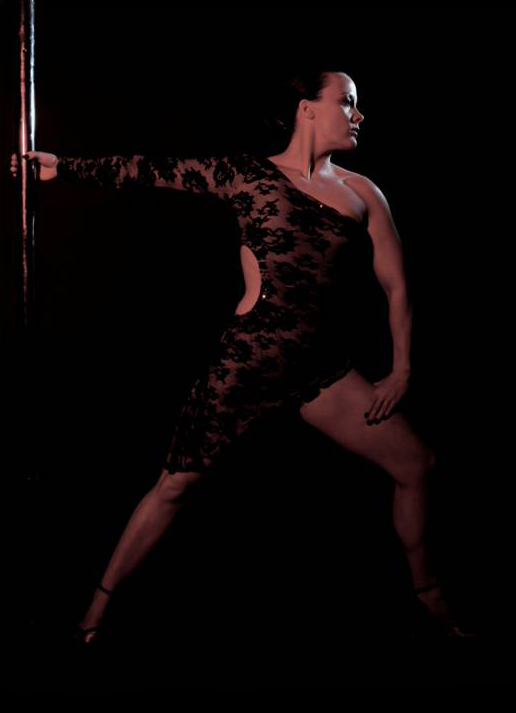 Saturday the 12th of May saw a veritable pole-fest in Oxford, kicking off the competition and event season in great style, hosted by Dance Inspires (see what I did with the title?!).  Although the first regional 2012 heat was held in Kent back in April, organised again by Athena Fitness, I was unfortunately not able to attend this time.  As there’s a special place in my heart for Olivia Hockey and her team, since last year’s competition; I’d like to pass on my congratulations to all involved, and particularly to the winners of the Amateur and Professional categories respectively: Lana Bolton, Lisa Gray, Faye Daly and Kaleigh May.

The proceedings started with a triumphant return of one of 2011’s “wild cards” Natasha Medlin, who opened the show for the Amateur category with an energetic performance to Michael Jackson’s Dirty Diana.  Natasha set the bar, and later went on to win a well-earned First Place.

Hot on her heels was a striking rendition of Torvill and Dean’s ice-skating masterpiece to Bolero by Carol Duffus.  Resplendent in a purple and pink skirted-leotard, she really looked the part but kept her own sense of style by incorporating the use of a rhythmic gymnastics ribbon.  Once again, thoroughly deserving of her Runner-Up achievement.

Also competing were Ramona Kantschuster and Aoife Young, who showed just how diverse pole routines can be.  Ramona’s whimsical performance to America’s The Last Unicorn and Aoife’s dramatic drop at the end of Rhianna’s Russian Roulette really kept the audience on their toes.    The gauntlet certainly appears to have been thrown down and I cannot wait to see what the Grand Final has to bring.

Next up were the Professionals, leading with Gemma King (Bon Jovi,  Always) and Adrienne McGurn (soundtrack, Requiem for a Dream), both demonstrating beauty and strength in two very different pieces, as for a second time we were treated to stark contrasts in tone.  This theme continued with Christine Gregory’s Olympic performance to a medley which included M People’s Proud and Vangelis’ Chariots of Fire and last but by no means least, Nicola Stokes’ mesmerising snake-inspired interpretation of music from the Battlestar Galactica soundtrack.

Worthily, Nicola and Adrienne placed First and Second respectively, and their striking musical choices were complemented by the quality of the moves and fluidity of their dancing.  That is of course, not to say that Gemma and Christine’s performance were lacking in such qualities – certainly the Judges had a difficult task ahead of them!  Overall, the standard was high and I echo my earlier sentiments about the forthcoming Grand Final.

Well done to all those who competed and also to those involved behind the scenes.  Thanks must go to the ‘celebrity’ Judging Panel including Hanka Venselaar, Rebecca Plume, Heidi Hildersley, KT Coates and Davide Zongoli.

The subsequent show for the Pole Sports Benevolent Fund got underway as the Dance Inspires burlesque troop pouted and posed throughout a cheeky routine to Candyman.  Swiftly followed by another 180o change in tone, as Laura and Lauren brought a Tango-twist to Sway – dazzling us with their sequinned hotpants hiding beneath their beautiful costumes.

Anyone who thought they may have been in for ‘just another pole show’ were soon exposed to a few surprises as Boylesque performer Lou Safire sashayed and shimmied his way through the first and second half, proving that he really did hold all the aces!  Another highlight was the unique doubles-act from Anna and Rui.  Music-box ballerinas met circus contortionists in an amazing display of trust and ingenuity, showcasing the breadth of pole possibilities.

The night was filled with an array of fantastic dances, including routines from our Judges Rebecca, Heidi, Davide and Hanka, with each piece demonstrating their own individual style and skills.  Too many to mention here sadly, but all performers received rapturous applause and should be truly proud of their contribution to such a worthy cause.

The show itself was an opportunity to acknowledge the hard work of the 7 trekkers who climbed Kilimanjaro in the ‘Pole to Peak Challenge’ to raise funds for the charity.  Kate’s aim was to showcase the accessibility of pole, from beginners to champions, and demonstrate this as a credible form of exercise.  Kate told Pole-2-Pole “It was a fantastic evening with some amazing pole, we are so lucky to have had such incredible support from everyone who came to perform and to watch.”

With regards to the competitions held earlier, Kate is also looking forward to the Grand Finals in October.  Perhaps this time she will get to relax and enjoy the show – but knowing Kate, she’ll no doubt be running between assisting frantic organisers and consoling nervous competitors!  Once again, highlighting the tremendous support this amazing woman brings to the world of pole.  With this in mind, we’d like to take the opportunity to thank Kate for all her hard work with the PSBF and the great day she put together.  We can’t think of anyone more deserving of a PoleSkivvies’ Make a Difference nomination – congratulations!

As Kate stated, the PSBF was created, in honour of Debbie Plowman, who was present to watch the Charity Show.  Debbie’s misfortune has changed the way pole classes are insured and regulated for the better; but we must all be mindful that as with any sport, pole dancing can lead to injuries, and of varying degrees.  Even experienced dancers, as in Debbie’s case, can still be prone to accidents, if not more so.  As we push our boundaries, we often underestimate the level of respect we should have for the pole, the stresses we are putting our bodies under, and the risks that are very much present.  For more information on the charity, see www.polesportsbenevolentfund.org.

Good luck to all those competing in the forthcoming heats of the Pole-2-Pole Amateur and Professional Cups, and of course to those entering the British Isle Pole Dance Champion competition.  To be held on the 19th and 20th of October respectively, at the Civic Hall in Grays; entry forms and tickets are still available.  See you there!