Schtick A Pole In IT

Home Schtick A Pole In IT 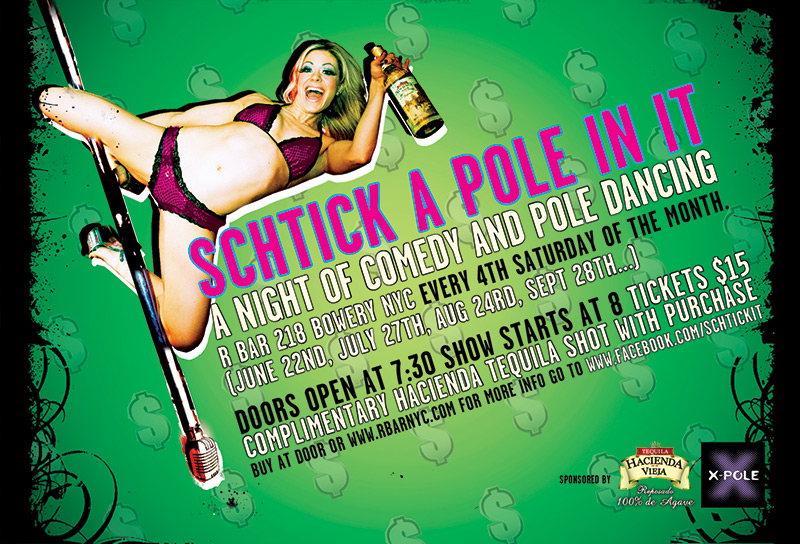 Schtick A Pole In It- a monthly comedy and pole dancing show in New York City has done it again. This past month the theme of the show was for the 21 and over. All the songs that the dancers danced to were old enough to drink. That’s 1992 and before for those of you who are under 21.

The comics got in on the fun too by having intro music from the same time frame. The dancers were fierce and amazingly talented. I still can’t figure out how the duo, Gabrianna, did 2 superman’s on one pole? All the dancers had different styles, something for every pole enthusiast. The one thing the dancers did have in common was how great they all were!

Now on to the comics- After each dancer a comic from Conan, Letterman, NBC’s Chuck, or Gotham would take the stage. I saw their faces before they went on. A little panicked because the dancer before them threw down the gauntlet. I laughed to myself knowing they would be great (you just did Conan for pete’s sake.) I wasn’t wrong. Each comic had the audience in tears. There were applause breaks and some made a rush to the bathroom. A really great night of entertainment.