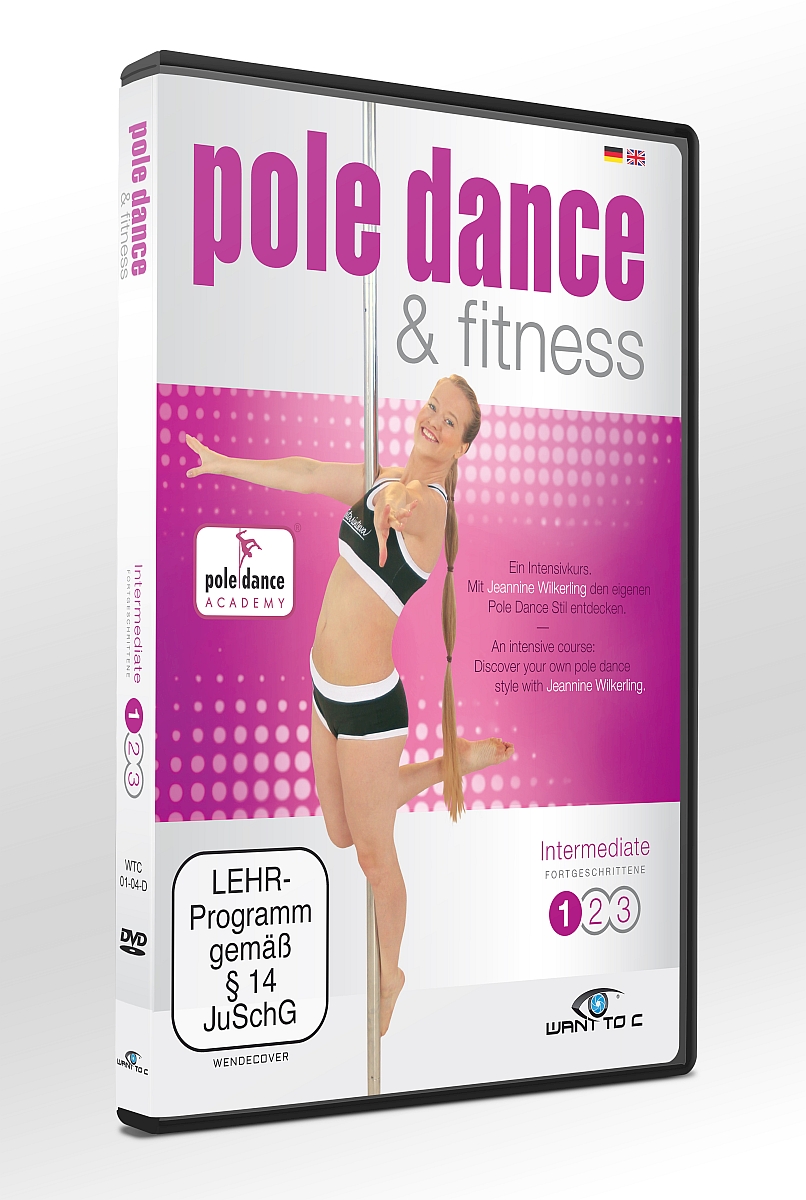 Jeanine Wilkerlink, pole dance professional brings you the latest trend in fitness directly to your home. Together with Anne-Marie Kot and Natalie Scho?nberger, she shows you how you can advance your own potential of figures based on pole sport basics. Designed as a training hour, they show you step-by-step exercises of the rotating pole such as inverts and many other challenging figures. If you train intensively, you can use these figures to develop your own spectacular choreography.

Pole dance is the key to a whole body fitness workout. It leaves lots of room for your own creativity. This training program opens up many possibilities for you to rediscover your very own performance limits.

Jeannine Wilkerling: German pole dance champion from 2007 to 2010; this pioneer of pole sport established the “Pole Dance Academy”. Today, Jeannine is an internationally sought-after expert and she teaches others the values, which have characterized her: discipline, innovation and creativity. With special courses and her focus on international competition, she drives the development of the pole sport lobby forward.

Natalie Scho?neberger: artistic and aesthetically elegant; this graceful athlete is an inspiration. In 2011, she was German champion in the Newcomer category. In 2012, Natalie celebrated her first European championship title in the category for professionals. In August 2013, she was awarded the golden Jugendflagge [Youth Flag].

Please note: If you are located outside the European Free Trade Association (EFTA), you may have to pay additional duty and taxes in the destination country.

©2020 KLEO Template a premium and multipurpose theme from Seventh Queen