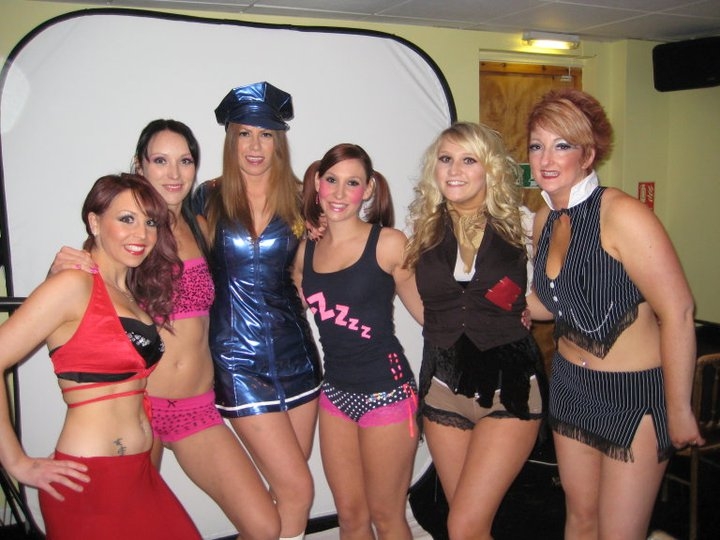 I’ll never forget my first competition. It was the Essex Pole Dancing Competition in November 2010. I’d been dancing for 15 months by then and felt confident enough that I could pull together a routine.

In the weeks approaching the competition, I got married and went away on honeymoon meaning I missed 4 weeks of classes. My fitness levels dropped noticeably which I was concerned about. When I came back to class, I had 5 weeks until the competition and hadn’t started choreographing my routine at all.

A friend of mine works in the music department at Southend College, and had offered to help me edit my music. With his help, I’d decided to use a children’s nursery rhyme, ‘Rock-a-bye-baby’, an 80’s track called ‘Sleep Talk’ and Faithless ‘Insomnia’ all mixed in together. The overall concept of my routine was going to be as if I’d woken up and was in a dream. I knew I wanted to wear pyjamas, so I customised a vest top and shorts. All I had left to do was work out exactly what moves I was going to use and how to make them all flow into one another.

The venue for the competition was Capones Nightclub. We had 2 poles to use which made rehearsals more complicated as no one had 2 poles at home to practise on. A few of us who were competing were able to hire the studio out for an hour or so and use this to rehearse together. It was great fun, and whilst we all knew it was a competition, for the most part, we weren’t ‘in it to win it’ but more for the experience and to have a good time. I had written down the moves I wanted to use and had a few sequences and combinations. Eventually it all started to come together and all I had to do was actually remember it.

In the week building up to the competition, I could feel the butterflies in my stomach. I don’t often get nervous, but I was nervous about performing in front of so many people. Lots of my friends and family had brought tickets to come and support me which was lovely. It was great to know that they would be there to cheer me on. I went to the Tuesday night class instead of Wednesday in order to give myself an extra day to rest up. I listened to my music a lot and marked through the routine in my head. It was a good way to remember the routine and I was feeling confident that I knew it inside out.

When the day of the competition arrived I did feel really nervous. I packed my bag so that I had everything I needed, I had a long shower to try and relax, I didn’t do anything overly energetic to reserve all my energy for that evening. Late afternoon, with two of the others who were competing, we got ready together. There was make up everywhere, hair spray, fake lashes…you name it we had it! Once hair and makeup was complete, we headed to the venue for sound checks and a final run through of the routines.

Being in the club was when it really hit me that I was going to be performing in front of people and that’s when the nerves kicked in. Backstage as everyone started to arrive, the atmosphere was a mixture of excitement and nerves. It was exciting to find out what music everyone was using and to see everyone’s costumes as up until that point, it had all been a bit of a mystery. To decided what order we would be performing, we all had to choose an envelope which had a number inside – I was on 4th. I felt ok about this as I didn’t want to go first or last, so somewhere in the middle was good with me.

The competition started at around 9.30pm with an opening performance from our instructor. She was a fantastic dancer and we all really enjoyed watching her perform. The first 3 girls went out to huge cheers from the audience, and came backstage really buzzing from their performances.

My turn came to go out and perform. They introduced me and I walked on and got into my starting position. My heart was racing and the adrenaline kicked in. I could hear my friends and family all shouting and cheering, but I couldn’t see any faces because of all the lighting. It was probably a good thing as I could at least try to blank everyone out. As soon as the music started, I don’t remember hearing anything else. When I finished my performance, I felt so pleased with myself. Everyone cheered and clapped and I rushed off stage. I was on such a high. Not only had I just done my first ever performance, but I’d done it with minimal mistakes and really enjoyed myself.

After everyone had performed, the judges had a few minutes to deliberate and then all the competitors were called back on stage. We all lined up ready to hear the results. I was really impressed with everyone’s performances and had no idea who was going to win. I didn’t place in the competition, but it didn’t matter to me. I was so pleased for the girls who did win and I felt proud of myself for having a go, and it made me want to compete again when the next opportunity presented itself.