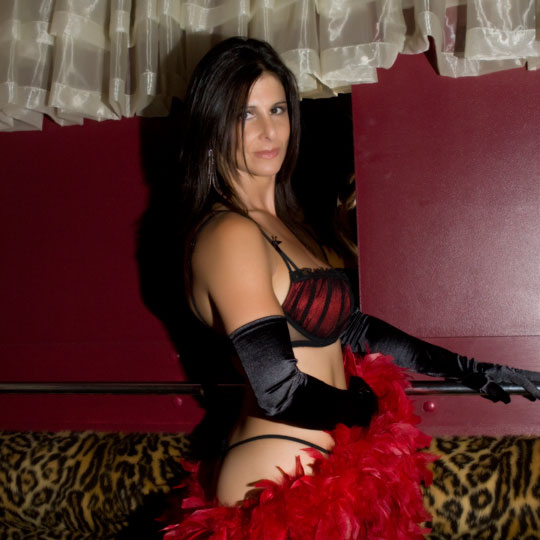 Pole Dancing has been to Britain’s Got Talent before in 2007 with Michaela Roberts 40 year old mother of two. She might not have got through to performing for the Queen at the Royal Variety Performance as did Paul Potts the Opera singing winner, but she was happy to share her behind the scenes experience with the Readers of Pole2Pole magazine back in April of this year and we bring you her article again here incase you missed out on our April 2009 issue.

Nearly 3 years ago I recall reading an e-mail that A Talkback Thames researcher had sent to me asking ‘Have you got your own pole?’ I had applied to the Britain’s Got Talent show and they were assessing if it would be practical for me to be auditioned in the Cardiff Millennium Centre by one of their Producers.

So, I committed myself to turning up for this audition, with a pole. Therefore, I thought the next best step was to set about actually finding one! I did eventually; it weighed the size of an elephant and has since had many TV and newspaper appearances of its own to merit its own celebrity status. So I then hired a dodgy white builders van to take Pole to the Cardiff Millennium Centre, signed myself in and surprisingly at 10am I found myself shaking in front of very serious straight-faced female Producer. Whilst reminiscent of a scene from Flashdance, I knew my routine wasn’t quite up to that of Irene Cara’s! I suppose I shouldn’t have been surprised by her reaction, I was stood in stripper gear after all. You see, the strategy discussed with my ex partner at the time was just to get noticed at this stage, to break through the barrier of closed-minded conventional thinking we thought, make a statement, but I started to think that our strategy fit for an SAS mission, was fast failing.

So we talked, I danced, we talked again and I studied her face for a glimmer of a signal, just a flicker of facial expression that might confirm to me a calling up for the next stage of the competition. My search was in vain. So much so that I believed I really wasn’t going to get through. I was informed however, that if I were to be successful I would be expected to perform my routine to a packed audience and in front of the Judges who were Piers Morgan, Amanda Holden and Simon Cowell. But I was also aware that 50,000 people had applied to the show of which only 1% of those would be chosen for the next stage, so my hope, was rapidly starting to diminish.

I bid my farewell to the Producer lady, left the room and was immediately swept away by cameramen and interviewed. Perhaps this was the vital clue I had been searching for. Strangely enough though, the penny didn’t drop. Besides I wasn’t going to raise my hopes and they told me I wouldn’t know for a weeks. I thought they might have done this for everyone, although I wasn’t sure how they’d have time. I made my way back home, playing everything back again in my mind, still searching for any tell tale signs as to whether I had got through.

The next day, I got the call, ‘Hi, this is Matt one of the Researchers from Britain’s Got Talent’ my heart was pounding, and you know that situation when you know you have ‘got it’ but have to wait for the person on the other end of the phone to ‘officially’ break the news, before you can yelp. Yes, I was told I would be performing in front of Amanda, Piers and Simon, yes, in front of live studio audience, yes, I would be filmed and yes, possibly broadcast. But then came the shock that rocked me to the core. I would have to wear the same outfit! ‘Pardon’ I recall uttering indignantly and with tone of sudden panic. ‘Yes’ said Matt, ‘you must for continuity of filming reasons’ he replied quite glibly as if it was really no big deal. So there it was, I had to come to terms with that fact yes, this could be my 5minutes of fame that everyone supposedly gets, except mine would be adorning fishnet dress and old faithful stripper shoes. Oh bloody hell!

So more careful planning, not much practice, juggling of family and children and a few days later I was back trundling up the M5 towards Cardiff, deja vue, in the same white dodgy builder van weighed down with heftiness of Pole slung in the back and my little black net stripper dress and shoes neatly packed into my favourite Marilyn Monroe suitcase.

It was amazing behind the scenes. Ant and Dec were just milling around, Steven Mulhern was also there as one of the hosts. It was all quite surreal. The audience were queuing up outside, ready to come in and take up their seats. I was surrounded by various performers, Bubbles the monkey and of course, the winner Paul Potts. It was great to sit and be amongst all manner of quirky people, the weird, wonderful and ridiculous. Of course I was quite normal in my high heels and little black fishnet stripper dress. I clung to my Red Bull, was nervous and thirsty.

I was led to a dressing room. The Tannoy system within the room resonated sounds of audience heckling ‘off off off’ and laughing and booing at Performers as they failed to impress the baying crowd. ‘Like lambs to the slaughter’ I thought. I continued to meticulously apply my make-up and finally I took a good hard look at my face in the mirror, almost as if to talk and summon myself into calmness and self-confidence. That final check of make-up seemed to go hand in hand with a brief sense of calm and the recognition of my own existence. Then the door burst open and I was swiftly led to the back-stage through what seemed like an extremely long corridor. Again, more boos and heckling seemed to be the order of the day, interspersed by the occasional loud Buzz of the Judges Buzzers.

So there I was about to go on stage, chatting with Ant and Dec, dry mouth, hearing the ranting from the audience, cameras watching, researchers asking questions and then I am poised in the sidelines awaiting my introduction onto the stage. A moment’s stillness. I start to walk confidently onto the stage, delicately trip over my feet as I went, researcher laughed, I laughed. Fortunately this was out of public view. Things could only get better surely!

The crowd went from noisy to deathly silent as I walked onto the stage, I could hear a few snorts of disapproval. The 3 Judges Piers, Amanda and Simon it seemed were lying in wait, I suddenly wondered ‘what am I doing here?’ but I was at point of no return. Nowhere to run or hide, ‘just be confident’ I kept having to say to myself!

Our strategy started to work the second that I spoke. Everyone had immediately formed a stereotypical view of me because I was a Pole dancer and I was scantily clad. In spite of society being well informed of never judging a book by its cover, it still does. People can’t help themselves. So I introduced myself as though I was about to recite Puccini’s oratorio, surprised them when I said I was a Property Developer and shocked them further at being a 40-year-old mum of three children. I was doing well up to this point, then for my performance…

Whilst dancing I was aware of stillness in the Audience, no boos or heckling, I hoped that I wouldn’t be buzzed off before my best tricks. Simon had previously criticized another pole dancer as being too much like a circus performer, so I wanted to show a balanced performance of dance and skills. All 3 judges buzzed me, but whilst Amanda and Simon made fair comments and the audience were appreciative, Piers was rude and I was pleased to stand my ground. ‘You’re just a stripper’ he said ‘I didn’t get turned on’ to which I replied ‘Pole-dancing is not just about male titillation, it’s about a woman’s freedom of expression in whatever way she feels most comfortable’. Simon was predictably flirtatious, but I was happy to rebuke his interest!

It was all great fun, the interviews with Steven Mulhern, Ant and Dec are warm, down-to-earth and friendly and it was lovely chatting with Simon and Amanda afterwards.

My drive back to Plymouth was great, music blaring, enjoying the moment, recalling events of the day and quietly content that skilled pole dance moves would at last be shown to the British public. I felt a sense of achievement.

A few months past and the Britain’s Got Talent show broadcast. I was watching TV with my boyfriend at the time and I clearly remember saying to him ‘you know I had such a love time, a great experience, but I really don’t want to be seeing myself right now!’ And at that precise moment, as if on cue, I witness myself trotting across my own TV screen, the more and more I saw, the more my toes curled and it did seem to go on relentlessly. Mind you, I felt that my character had been reflected in good light; after all you are completely at the mercy of the Producers and film editors.

So 270,000 You Tube hits and a few years later, I remain unscathed by the 600 odd comments that were written on the site. Most were positive, some scathing and extremist, others did battle to defend the cause of pole dancing and some were strong to make a clear differentiation of ‘strippers’ from pole dancers. But all are personal viewpoints at the end of a day and we are fortunate to be able to live in a country where we can feel able to express them. For PRS (Performing Rights Society) reasons the site has been removed, since it involved the playing of a music track. A soundless version can be seen on www.youtube.com/poledancevideo The World’s First Ever Skilled Pole Dance Music Video can also be located on this channel.

Well-done to the Chester girls who’ve got in this year, look forward to seeing you on the box very soon and let’s hope Britain’s Got Talent continue to embrace skilled Pole dancing in the future!