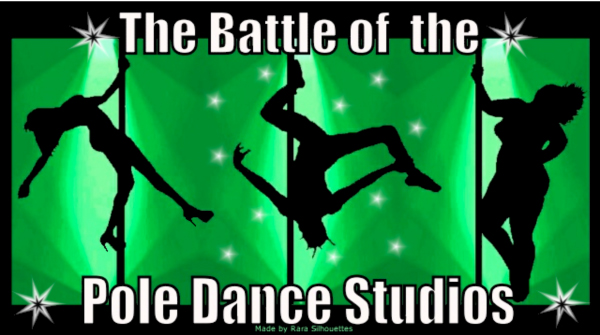 On November 12th 2011, five pole dancing studios from the Maryland, DC and Virginia areas will be performing in front of a live audience for the Battle of the Pole Dance Studios event.  The studios will be judged on various items including costumes, execution, creativity and degree of difficulty to take home a Team Superlative title along with a prize.

Judging this event are various women in the Pole Dancing Industry.  They are instructors, performers and bloggers.  Nicki Shaw – 2010 Ms Georgia Pole Dance, Kristen Novasad – 2010 USPDF East Coast Regionals Competitor and Talece Brown will all be the evening’s judges.  Ms. Shaw will also be a guest performer at the event as well.

A portion of the evening’s ticket sales will be donated to PCOS Challenge Inc.  PCOS Challenge is a non-profit support group who raises awareness to the public and the medical community of Polycystic Ovarian Syndrome.  They do this through various media mediums and having an online community forum.  Their forum reaches women from all walks of life from around the world.

Battle of the Pole Dance Studios is a one night only event.  The event will take place at The District Nightclub in the Adams Morgan area of Washington DC.  Tickets can be purchased in advance on the events website – www.battlepole.com and purchased at the door if space is available.  Prices are $15 online and $20 at the door.

Battle of the Pole Dance Studios was created last year by LuAyne Brown.  In 2010, the event raised $300 to go to The Red Devils – a non-profit support group for women with breast cancer.  The event’s goal is to raise money for a great cause and display the type of pole dancing talent that is in the DC Metropolitan area.

Battle of the Pole Dance Studios

©2021 KLEO Template a premium and multipurpose theme from Seventh Queen