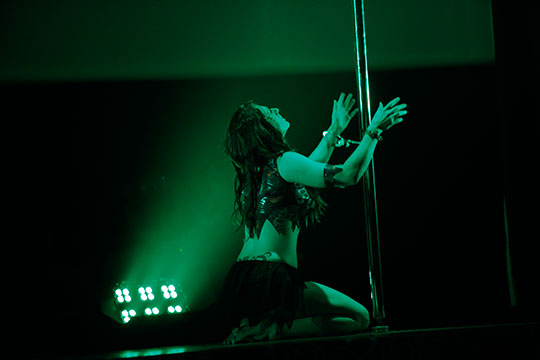 The winner then agrees and pay the photo company hundreds of pounds for their photos. After the winners pay, the company then set the second trap that would come later on down the line relating to the copyright of the photos.

Pole2Pole Magazine also contacted the photo companies to ask why they are offering free photo shoots as a prize but do not inform the competition organizers or the winners that the photos are not included, and why the copyright is not passed over so that the winner will be able to use their photos to find work. The photo companies that were approached did not want to talk about the matter and made no comment.

Below you can read just some of the horrifying stories by the competition organizers and winning contestants that won a free photo shoot and ended up paying hundreds of pounds out for photos to attempt to find work and to promote themselves in the media.

Free Photo Shoot or Not? You deicide.

After the shock of finding out I had to pay for the photos I put the payment on my credit card and left very disappointed, but I knew I needed to have a set of good photos to help me find work. My photos were sent to me around two weeks later.

After hearing the horrible experiences of pole dancers paying for the free photo shoots won as a prize, we are amending all our sponsorships to not include free photo shoots by photo companies. After amending our sponsorship there have been some photo companies that were sponsors to our competition which have decided to opt out and this has therefore, in our eyes, confirmed they were only using the loop hole to get their sponsorship fee back by using their free photo shoots to mislead Competition Organizers and to take money from pole dancers who won their ‘prize’. We would like to thank Pole2Pole Magazine for drawing attention to this matter.